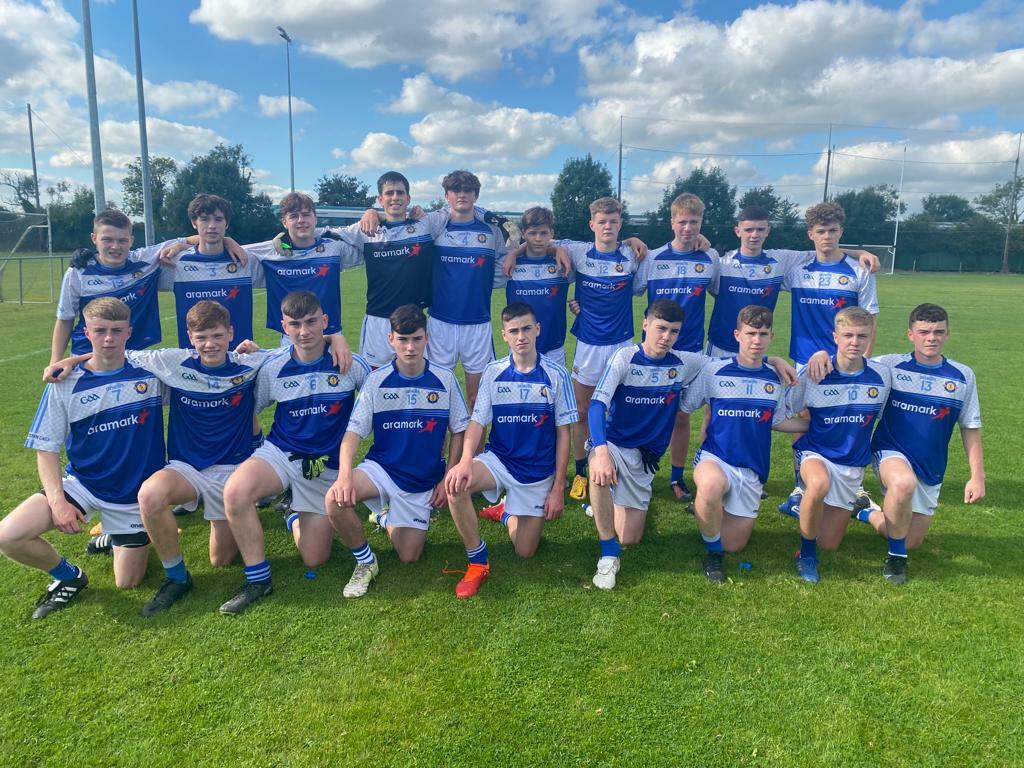 Our long awaited semi final vs T Davis finally arrived on Saturday 12th November and what a thriller it turned out to be . TD got off to a flyer and scored a well created goal early on . WMT rallied with some well taken points . TD free taker was in excellent shooting form and any fouls inside our 45 were been punished. Half time scor: TD 1-7 WMT 0-4

WMT really tore into TD in the second half and were rewarded with two wonderful goals by Rian Doherty; one from a penalty. After 12 minutes into the second half WMT led by 1pt.

WMT were now dominating in midfield and our defence was now being more disciplined and not giving away frees . However TD broke down the field and were awarded a penalty which was well converted. WMT rallied again and were only a point down when TDavis sent a high hopeful ball across our box that was finished to the net.

WMT were now 4 points down but rallied again and cut that lead to 2 points. TD were hanging on and a few good saves by their keeper and defenders ensured that they held on for victory.

This was a heartbreaking loss for our boys who as usual put everything into the game. Sport can be cruel. Unfortunately TD got three chances to score goals in this game and took everyone of them and that ultimately proved the difference.

As ever, all our boys tried their hearts out but special mention to Rian Doherty who scored 2-7 (1-5f) and Ibar Carty who dominated the airways at midfield against much vaunted TD midfield.

All I can say, boys, is keep trying, your day will come and it will be so richly deserved when it does.

U16 Boys A Championship Shield hurling Semi Final at Port...

Hi all,Please follow the below link to view the the Agend...

AGM - 1 Week Remaining, Have Your Say.

To all our members, coaches, admins, helpers, parents &am...

Anyone that was in the vicinity of Jerome Twomey Park on ...