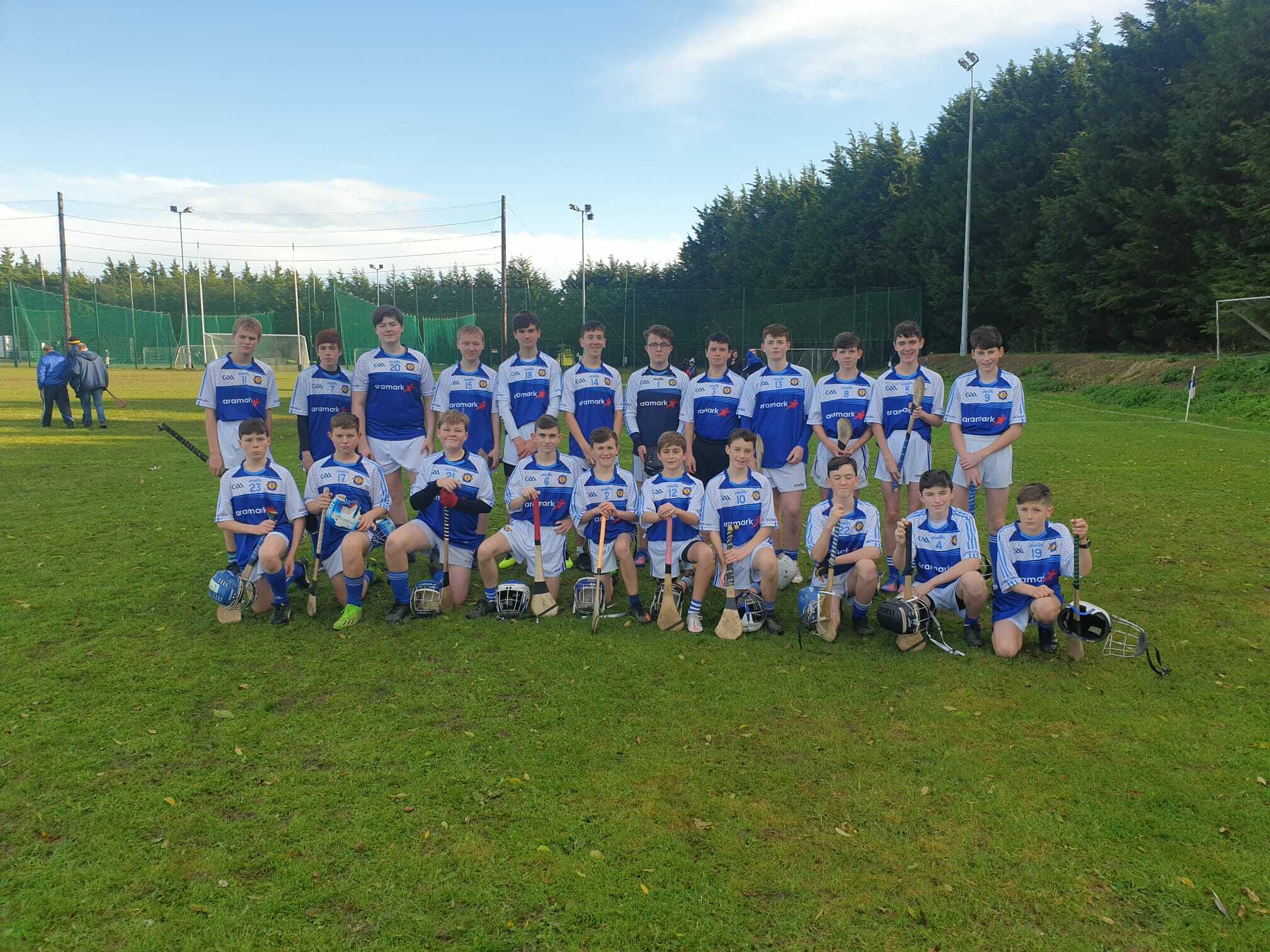 Anyone that was in the vicinity of Jerome Twomey Park on Saturday 15th October, was treated to a rip roaring hurling match.

The home team having been convincinly defeated by todays opposition only a matter of weeks ago knew it was going to take a herculean effort to get over the line today.

From the throw in it was toe to toe not an inch given not an inch taken. The home team opened with scores from Senan Farrell, Eoin Murphy and Harry Walsh leaving it 3 points apiece after 20 mins.

In what was very poor conditions underfoot both teams battled hard. The danger man for Davis was well marked by Morgan Gladney and Sean O Brien not allowing him to run the game as he did the last day. The half back line of Adam Kelly, Daniel White and Oisin Campbell Shaw stood firm and cleared ball after ball. He may be small in stature but Colm Murphy was a giant in at corner back with Conor Teehan first to the ball on almost every occasion in the other corner. Luke Birmingham in the relatively new position of full back did a great job to snuff out any goal chances for the opposition.

The difference between the teams again was one player in particular this time wearing blue; Aidan Doyle put in an all-star performance in midfield. His deadly accurate frees and scores from open play were just exceptional.

Of course the half forward line of Harry Walsh, Sean Lynch and Sean Solan worked their socks off for the whole game and each of the subs who came in got stuck in with Ewan Trunk winning a vital free to relieve the the pressure near the end Jamie Langs tigerish tackling not giving the opposition time to breathe and Daire Maguire running his legs off once he got on.

We did not have it all our own way however with Thomas Davis being awarded a penalty in the dying minutes when trailing by 3 points the centre forward for the opposition hit a rasping shot, but up stepped the Penalty Saver Supreme Alex O‘Neill with another unbelievable save, that’s 4 penalty stops from 4, what a record and also his pin point accuracy from the puck out starting many a scoring attack for the Westmanstown boys.

All in all, a great team performance from  all the Westmanstown lads today. On we go to the final.