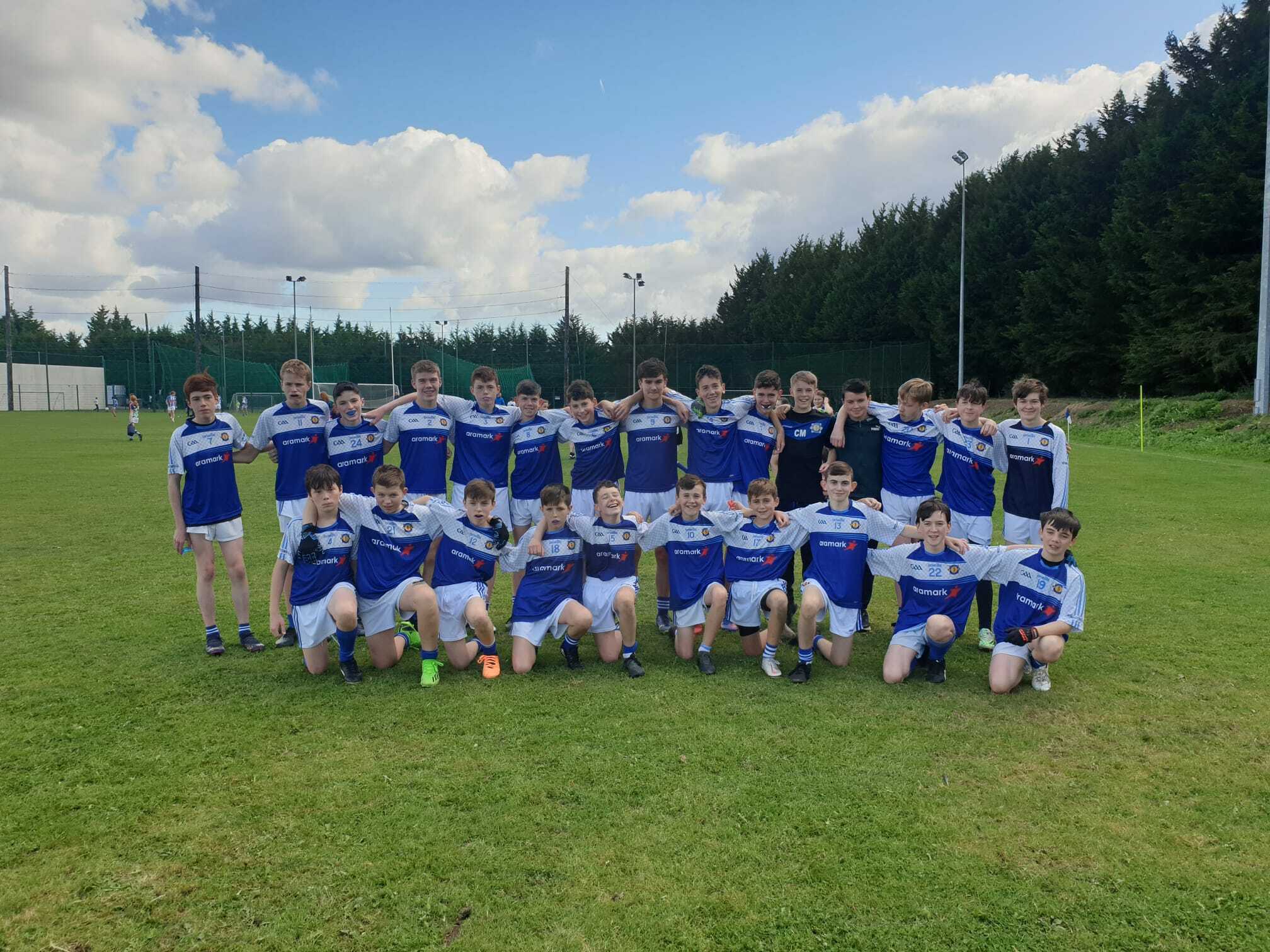 U14 boys played their final league match in Westmanstown this afternoon with Ballyboden St Endas the opposition.

Going into the game the Westmanstown lads knew a win would qualify us for the knockout stages of the championship with the possibility of going straight to the semi final as group winners. It was the away side however who got off to a flying start getting the first 3 scores of the game leading 1-2 to no score.

The home team needed to respond with our first score coming 10 mins into the game from full forward Eoin Murphy with a well taken point.

With the introduction of Senan Farrell at centre back the home team began to claw their way back into the game. An inspired substitution was to prove crucial as just before half time Craig O‘Beirne was brought into the full forward line and with his first touch of the game finding the back of the Ballyboden net. Ballyboden continued to attack at every opportunity but a lot of wides were to cost the away side dearly.

The half time score

The home team came out a different side in the second half. Two inspiring points from team captain Sean O Brien breaking forward from half back were to prove decisive. The change of Eoin Murphy out to centre forward also made a huge difference as he began to pull the strings and kicked some great points to open a gap between the teams.

U16 Boys A Championship Shield hurling Semi Final at Port...

Hi all,Please follow the below link to view the the Agend...

AGM - 1 Week Remaining, Have Your Say.

To all our members, coaches, admins, helpers, parents &am...