GWGaels hurl for the haul in Kilmacud 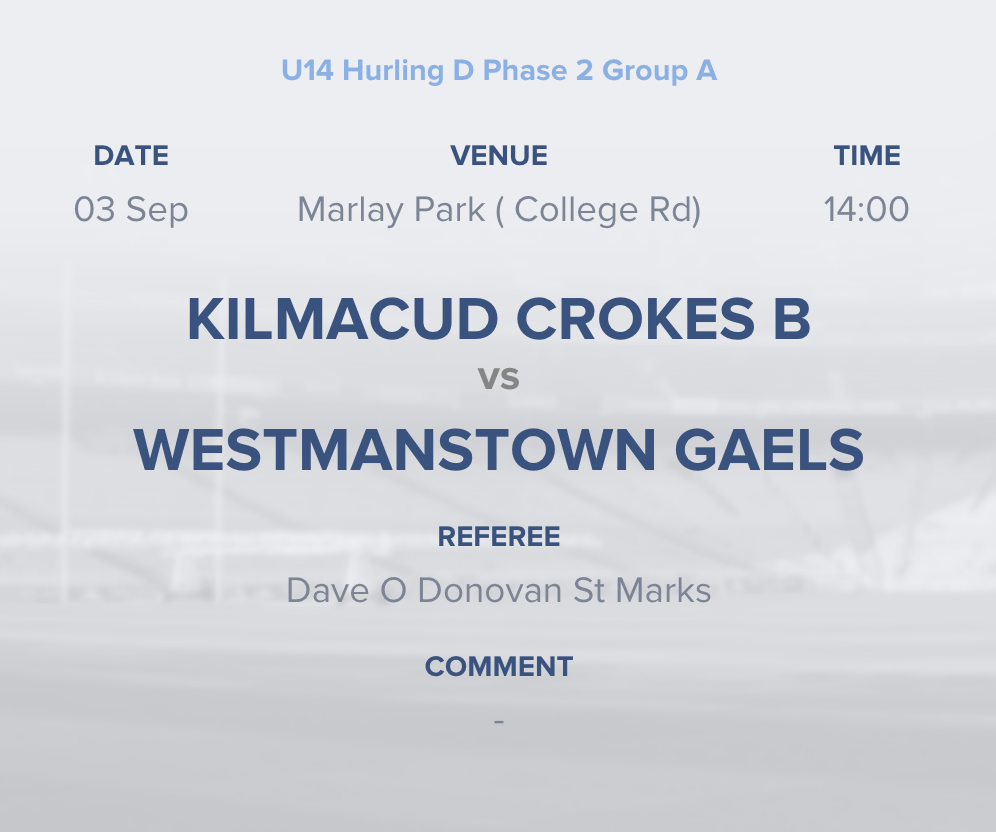 Under 14 boys travelled to Kilmacud this afternoon in terrible conditions to take on a very good Kilmacud side.

The Westmanstown lads played hard from the start but the wet ball was proving very difficult to control. It took both sides a while to get used to the conditions with driving rain from the off.

The visitors gradually took control finding the net 3 times in the first half with Aiden Doyle and Charlie Mooney pulling the strings at midfield and the big man Eoin Murphy on the edge of the square finding the net twice.

The home side came out strongly at the start of the second half and began to pick off a few points. Westmanstown, however, were well up to the task with captain Morgan Gladney at full back putting in a stellar performance and centre back Luke Birmingham was a colossus, putting in a 'Man of the Match' worthy 60 minutes.

The forth goal was a killer blow to the home team and proved decisive.

That's 4 wins from 4 in the league for the Westmanstown lads in, what is proving to be, a very successful year for the U14 hurlers.